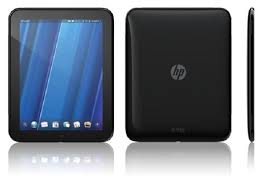 I didn’t really get a chance to work much on the TouchPad on Saturday.  I’m finding that when I am at home, the TouchPad has a hard time competing with my 24” monitor and PC.  Today was filled with a bunch of PC maintenance and file clean up.  I also had to edit and post two podcasts and well as do some updating to the website (hope you noticed?).  Nothing I would ever try to do on a tablet.

Since the weekend means I use the TouchPad less, I thought I could use it to talk about the applications that are available.  Maybe I should have said, the lack of applications.  When I left the Palm ecosystem a year ago, I really thought that more apps would get written while I was away.  In the first week with the TouchPad, it sure doesn’t look like it!

I only have my Android phone and my limited experience with an iPod touch to compare it to, but out of the gate, there seems to be all the bad apps from both Apple and Android and not too many of the good ones.  Now, let me be fair, most of what I REALLY need is there.  Things like access to a podcast app (drPodder) and good weather app (both Accuweather and the Weather Channel have apps).  Pandora, WordPress, Foursquare, Linkedin, Woot and Groupon are all apps I use on my phone and are available in the App Catalogue.  Angry Birds is even available on the device!

What is painfully missing is a few titles I use everyday.  First and foremost is Dropbox.  There is a $2.99 app called Dropboxify, but Dropbox is free on every other platform.  I could always go to the browser for this.

There is also no dedicated Netflix app to speak of.  Sarah tried to get Netflix running the browser but didn’t have any luck.

The last app that is missing is Mint.com.  I could just go to the browser for it, but a dedicated app is nice.  I am just complaining now.

All in all, even with a limited apps infrastructure, I can make most things work.  In most cases where there isn’t an app, I could always use the browser to get what I need.  It’s a fair trade.

(Update 8/15 from the Facebook Post) I received this bit of update from my new HP TouchPad testing partner John Greenaway.  He writes:

Jim, my 14 day point-of-no-return window with the TouchPad ends Friday. Since I got the 32GB version at a $200 discount off msrp (now just $100 with the permanent price drop) for $399, I’m 80/20 leaning towards keeping it.For $200 less than… the equivalent iPad, it’s doing everything I NEED from a home tablet and across the board better than my current home-roaming alternative (a Dell mini-10 laptop or a full laptop).

My take so far on the software:
The free stuff: general web browsing (A+ – flash sites work as well as flash does anywhere), built-in email app (A-), Twitter (A+: SpazHD Free), free media consumption (B+: plays Amazon Video movies for people with Amazon Prime, Kindle (A), and web-based Amazon Cloud Player (A-: no downloading from Cloud Player to the device). Finally, Skype (A-) is a built-in part of webOS synergy so video-calling grandma is as easy as typing her name into JustType and tapping on her skype contact just below her phone # and email address. (Almost as easy as Apple’s Facetime, but the person you are calling doesn’t have to be using another TouchPad on the other end!!)

The paid stuff: There’s some decent stuff, not a ton, but unique things. A new paid Google Reader app (A-) has received excellent reviews, a paid DLNA client (B+) to play media and pics from my home server), and Glimpse (by Inglorious Apps) brings real multi-tasking to a single card – web, youtube, twitter, reader, etc…
The missing stuff (everyone is different): I still wish the TouchPad (webOS in general) had certain other apps. it would be excellent to have Netflix — which I have heard rumored to be coming. I’d love to see an app for MyFitnessPal which I use for tracking food intake and exercise (but the website works fine). But to be honest, for me at the moment, more apps might give me more distractions I can’t handle in my life right now (2 month old twins). As for your specific complaints, I don’t use Mint, but there is a paid app called Checkbook by Glitchtech Science software that I use to track finances and then export to Quicken. Also, I use the paid dropbox app which works just great for getting stuff both to and from dropbox – just no auto-syncing, which I’m not sure I’d really want anyway.

The apps are definitely getting better in quality too. Between the apps that are available, and the FULL internet as it is currently designed to be used (ahem – Flash), the TouchPad can do anything I need / want it to do. More importantly, my wife actually likes webOS, specifically the card metaphor for managing multiple open apps and JustType which makes finding and doing things easier. The WAF alone is a major plus. She didn’t really love interacting with the Android tablet I brought home for two weeks about a month ago. More importantly for me, as I work my way through the decision about what phones to use next for our family (webOS vs WP7 vs Android), I think I could see the TouchPad having a place in the house even if we end up on phones from another platform. I don’t think I felt the same with the Transformer which would have been great to round out a full android experience, but not necessarily on it’s own. I don’t doubt that is because of having 2 years of webOS experience behind me. Side note: I liked the Transformer a lot and would recommend it to anyone looking to buy a honeycomb tablet — it was very nice, but just not terribly easy to get used to the OS, homescreens, widgets, etc… for me, much less my wife

The is more that can be said, but my day (and weekend) has run out of time.  I still have 3 weeks to write more.

Jim Collison is a blogger and podcaster for TheAverageGuy.tv and theHomeServerShow.comand a Microsoft Windows Home Server MVP