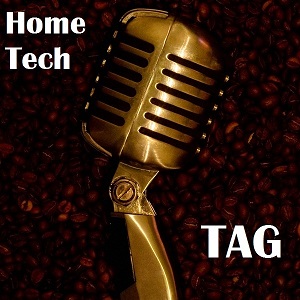 Jim (@jcollison) has guests Christian Johnson and Kyle Wilcox (@kylejwx) for show #147 of Home Tech Podcast brought to you by the Average Guy Network. Show Music provided by http://mynameisrudolph.com/ Support the Average Guy Tech Scholarship Fund: https://www.patreon.com/theaverageguy Join us for the show live each Thursday at 8pmC/9E/1UTC at http://theAverageGuy.tv/live. Listen Mobile: Get 3 FREE Christmas… END_OF_DOCUMENT_TOKEN_TO_BE_REPLACED

Jim (@jcollison) is joined this week by Mike Howard from http://jpeg2RAW.com and Kyle Wilcox (@kylejwx) for show 138 of Home Tech. In this episode we talk the Tronsmart MK908 that was a purchase from the Tech Scholarship Fund here at theAverageGuy.tv.  Previous written reviews of the Transmart MK908 can be found here and here. Support… END_OF_DOCUMENT_TOKEN_TO_BE_REPLACED

Well after two weeks in shipping, I received my Tronsmart MK908 Android Mini PC.  While Android is typically used in smartphones and tablets, someone got the idea of putting Android on a tiny PC about half the size of a deck of cards. Instead of having a built-in touch screen for operation, these devices plug into a standard HDMI port on a TV or computer monitor. The device itself came in very nice retail packaging and included the appropriate HDMI and USB cables. That was good because I was worried that cables were going to raise the total cost

END_OF_DOCUMENT_TOKEN_TO_BE_REPLACED

Jim (@jcollison) is joined this week by Christian Johnson, Andrew Morris(@unrealshots), Kevin Schoonover (@schoondoggy1979) and Greg Welch (@welchwerks) for show 135 of Home Tech.  With a large cast of hosts and Kevin coming in from Denver, we have a lengthy conversation around the idea of being "too plugged in" with all our digital devices and… END_OF_DOCUMENT_TOKEN_TO_BE_REPLACED

Android mini PCs have become a very interesting technology segment in the last few years. The Raspberry Pi has really helped to drive innovation around small form factor computing. I became interested in them as a low cost option to replace light desktop computing such as word processing. Many Android mini PCs are about half the size of a deck of cards, making them very portable and versatile. The device can be easily attached to a HDTV and then run whatever operating system is installed; Android is the most popular and various versions of Linux may or may not be