Last February, my father, Walter R. Collison Jr. passed away after surviving a war, a heart attack, a stroke, 5 kids, a complete loss of balance and many other ailments that slowed him in his last decade.  This last week, I traveled to a very smoky

Colorado Springs to meet with my family and make some decisions on what to do with his stuff.  He didn’t have a lot and we were able to through it in a single day.  Without much fuss, we kept some things, donated others and recycled the rest.  In some families, this is a very difficult process filled with hurt, anger, and greed.  Not true with us.  We all had a wonderful time recounting great memories and laughed at both him and ourselves for what we found.  It was a great time.  Not a single fight or argument!

History was important to Dad and he had collected complete newspapers from significant events since the 1950s.  The papers carried the headlines of Past Presidents victories and deaths, huge disasters (like the space shuttle disaster in 1986, the San Francisco Earthquake 1989 and Mt St. Helens in 1980) and when the US astronauts first walked on the moon.  He was a San Francisco 49er fan, so of course, there were papers there from all 5 Super Bowl victories.

It was kind of ironic that while I was there in Colorado Springs, history was being made and Colorado was experiencing the worst wildfires in 100 years.  We were very thankful that both my mom’s and my brother’s homes were not affected by the fire as many thousands were.  This would have been an event that my dad kept a paper for later.  I am sad that I didn’t get one.

He had many health problems in his final years (one of the reasons I have taken to better fitness) and he never really got to do much with his stamps again. They sat on shelves and boxes in the spare bedroom, without much activity and no maintenance. The years just passed.  We knew we were going to need to sell them one day, but there was no way we could ever do it while he was still with us.  That was just not going to happen.Dad was just a teenager when he started collecting stamps.  From as long as I can remember, they were always around the house. Brown paper bags that were full of canceled stamps from the US and other countries. A big tackle box that was filled with books and stamp collecting stuff.  A magnifying glass that always sat on a small table next to his recliner along with his pipe and tobacco.  On some weekends, he would take out a small table and sort through them for hours on end. Organized in albums and envelops, he numbered them and cataloged them with the greatest of care. They were his and we feared to mess them up. They became his legacy. 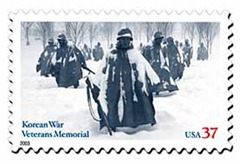 His stamps covered countries from around the world and in various conditions from mostly canceled to some mint.  Some made it on to pages in old albums that group them by collections, some are in small envelopes and some are just lost in brown paper bags and have yet to be processed.  He had notebooks and binders full of them.  On a quick glance, most are worth their face value and some maybe a bit more.  They carry more sentimental value than anything, and that counts.  Some of them will get framed for us to hang on our walls for years to come.  A great reminder of Dad’s legacy.

Every stamp has a story, some are better than others.  I’ll try to catch a few and catalog them, so that future generations of Collison’s (and anyone else who stumbles across this) can enjoy the legacy he left us.  We miss you Dad.  Glad you left a very important part of yourself for us to discover.  I am looking forward to the journey.

Not sure if it will take me a year or ten.  The old Chinese proverb says that “the journey of a thousand miles begins with the first step.”  Today I took the first step.