Jim Collison  https://twitter.com/jcollison is joined by Emily Prokop from The Story Behind Podcast for show #296 of Home Gadget Geeks brought to you by the Average Guy Network.

Please leave a REVIEW (iPhone or iPad) at https://itunes.apple.com/WebObjects/MZStore.woa/wa/viewContentsUserReviews?id=457300409&type=Podcast&ls=1&mt=1

Catch the latest from Emily on the Story Behind Podcast at  http://thestorybehindpodcast.com/

The Story Behind Voice Recognition

The Story Behind Mechanical Keyboards

Note: If you want to learn the story behind the mouse or other computer technology, I recommend the episode of the podcast Liar City called Great Artists Steal: The Xerox PARC Story, and there will be a link in the show notes. http://liarcity.com/great-artists-steal-the-xerox-parc-story/

MEDIA (for TSB, but I love the clicky sounds!): 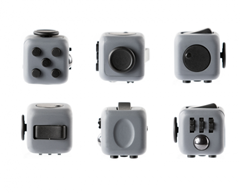 Catch all the subscription links at http://theAverageGuy.tv/subscribe