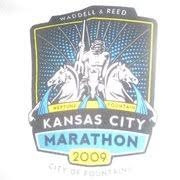 It’s a day later and I was able to get out of bed this morning, so things are good after completing the longest race of my life!  It was really the story of two races.  The first 16 miles and the last 10.

I went into the race with about as much prep as I could handle.  I ran progressively longer runs each weekend as suggested and finished a 20 miles run just 3 weeks ago.  On Saturday morning, I felt ready and I felt good.  A 4 hour time didn’t seem impossible with the right things going my way.  Or so it seemed.

We stayed at a hotel that was just outside the starting line.  Alarms were set for 5 am, but I was up at 4 and could never go back to sleep.  I was staying with my Gallup trainer Ryan Wolf and the guy who encouraged me to run this race, Todd Johnson.  We all started moving around 5 and I headed down for my traditional pre race latte at Starbucks at [5:30].  Amazingly enough, there was a long line for coffee at [5:15]!

The race started well, and Todd and I clocked sub 9 minutes miles for the first 13.  At that point, the left leg really began to hurt.  By 14, I could feel it in my knee.  By 16, I was getting worried.  Somewhere around 18, the wheels came off.  The knee hurt so bad that I could no longer run.  I crossed over the timing line at 20 with a time of [3:10] (which was still good) but it was a full walk at this point.  Even though I could only walk, there was NO quitting.  I had trained too hard for this.

At about [4:50] I turned the corner and headed to the finish.  I got one last burst of energy from cheering that was ahead and tried to finish it off with a jog.  There was a group there from Gallup (thanks Kristi, Jodi, Staci and Todd! Ryan was getting an IV in the med tent) screaming their hearts out as I finished the race.  It was a bitter sweet moment.  Great that I finished, sad that I didn’t run it coast to coast!  Official time: [4:56].

All in all a great day!  Thanks to everyone who had put up with my Facebook and Twitter updates over the last 3 months as I have prepared for this journey.  We will do it all over again next spring at the Lincoln Marathon!

Now, who is coming to my Windows 7 Launch Party this Thursday?