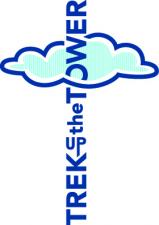 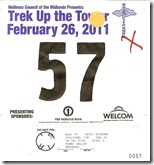 February 26, 2011 – It was another early AM wake up and arrival at the First National Bank Tower in Omaha Nebraska for the 5th Annual Trek up the Tower vertical stair race.  Strait up 40 flights of stairs, it’s not just a physical challenge, but a huge mental one as well.  I was able to record most of it with some audio and video coverage over at http://theaverageguy.me.

I ran this year’s race with Jamie Eikmeier pushing me up the stairs (I now recommend you do the race with a training partner) and finished 10 seconds faster than last year.  We made an attempt to shoot some video while heading up the stairs but the recording failed.  I think that might have slowed me down a bit.  Maybe my sub 7 will come next year?

Gallup fielded over 60 people for this race.  Congratulations to Ryan Wolf and Jamie Eikmeier for getting another record turn

out from the Omaha Campus!

Just to get you thinking about what is ahead, here are some of the upcoming events on the 2011 schedule.