One of the many reasons I love podcasting is that I learn so much from those I interview.  It’s been a consistent flow of new information now for the last 5 years!  I recently interviewed Ryan Parker (@TheRyankParker) of http://foodcraftsmen.com/ on Home Gadget Geeks 193 (http://theAverageGuy.tv/hgg193) and he recommend the IDevices IGrill Mini (click the link to find on Amazon) and ordered it right before Thanksgiving here in the US for $38.98.

On show 193, I talked Ryan thru my special BBQ Bacon Wrapped Turkey method (https://theaverageguy.tv/2011/11/27/bbq-turkey-and-bacon-two-great-tastes-that-taste-great-together/) and asked him how I could take it up a notch.  The iGrill was his answer.

The set up out of the box is really simple.  Pull the battery strip from the sending unit and everything is ready to go.  I unwound the probe and cable from it’s holder and plugged it into the sending unit.  Pushed firmly for a few seconds to turn the unit on.  There is an app from iDevices that needs to be installed on either your iPhone or Android phone.  After that was done, I connected the two via Bluetooth and the app.  Headed outside and put the probe in the Turkey on the left. (Important a bit later) and closed the lid.  Cooking temp on the BBQ was medium.

(Click any of the pictures to make them larger) 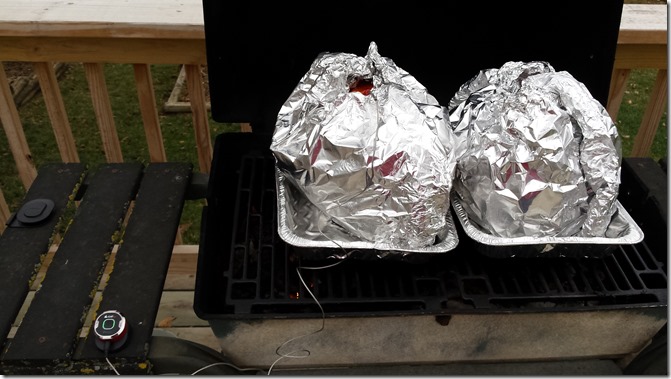 There are some presets that can be done based on the type of meat you are cooking.  I used 170 degrees for Turkey. 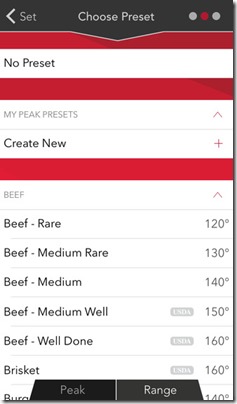 I shut the grill and went back inside and measured the cooking temps from inside.

Side note:  I ran out of gas with about 30 minutes to go.  I am thankful for a place I could swap out my tank very quickly and get things back up and running.  No issues there.  I need a second tank bad!

The dip in temperature on the 4th picture is when I switch the probe from the turkey on the left and put it in the one on the right.  I guess one side of my grill is hotter than the other. I moved it over to the left and it quickly reached the correct temp.  Below are the finished results!  Serious YUM!

Full disclosure: I did not use the probe to cook the Bacon! 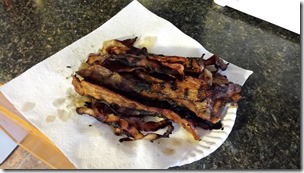 There you have it.  The finished product.  I used it again at Christmas time to cook the Ham inside.  Worked great for that as well.

If you get one, love to hear how it worked for you.  jim@theAverageGuy.tv