Mike Wieger is back and we cover a bunch of listener email. We discuss the differences in Simplisafe and Ring, revisit the coffee conversation again, get feedback on the mailbox sensor we discussed a few months back and finish with a look at some new recreation/mobility options in Omaha now with electric bikes from Heartland B-cycle and scooters from Lime. I think you will enjoy the show.

Join Jim Collison / @jcollison  and Mike Wieger / @WiegerTech for show #402 of Home Gadget Geeks brought to you by the Average Guy Network.

Save $40 on your first Box of HelloFresh

I had been an episode or two behind in my podcast listening so I just caught up this weekend on HGG400 (I’m actually just about to head out running in SF while I finish up HGG401!)

I just wanted to say huge Congrats on getting to show #400.  Quite an accomplishment!

I’m still out there listening religiously every week.  Between being busy with work and the life / kids stuff, I haven’t been able to be as active in the community as I had been for a little while there.  Now that I’m thinking about you guys tonight, I just signed up for the Discord group! I definitely owe you guys a Patreon sign-up.

I was surprised / glad to hear Jim mention my name a couple times on #400.  While I knew that the show we did on Ecobee + Simplisafe had been the most visited at some point in time, I had expected something else might have taken the crown the last 4 years!

Otherwise, I remain a huge home gadget geek in the truest sense…  We moved across town about two years ago so I left Simplisafe at my old place and I recently adopted Ring Security in the new house – nothing wrong with Simplisafe, but I like the security / door cam integration in the Ring app and the annual monitoring service costs are lower.  Now I just need to get my family to start using it! Beyond that, I have added a fairly robust Sonos set-up around the house, we have Echos everywhere, August Smart Locks, and the MyQ Chamberlain Garage door system (which recently rolled out Amazon Garage features – haven’t tried that yet though and I’m thinking my wife might veto that one!)

Finally – I’m curious how you guys are finding the Stridekick integration app you mentioned on HGG399?  I looked it up on the Google Play store, but the reviews were fairly harsh so I wanted to give it a couple weeks to see if you guys thought it was doing it’s job.  If so, I’ll give it a shot. I’m using a Garmin and integrated with Strava.

Glad to hear you guys each week.  Keep up the great work.

I like a simple but tasty ‘regular’ cup of coffee. No frape late blah blah blah. That’s just me. Obviously you have other tastes. ( Both if my grandfathers smoked cigars but they are not for me)

I really like my keurig k155. It has a very short/simple brew path relative to other models, easier to clean and less likely to accumulate oils. I can choose the beans i like, grind them to my choice of courseness, and put into my hacked reusable filter the exact amount of coffee i wish. And i am laughing all the way to the bank!

Some of the keurigs come with or support a reusable filter but not this model. My grinding wheel did the trick though, I just shortened some reusable filters i got at amazon.

A toast to everyone getting their beverage of choice!

Neal from near Cincinnati

I just wanted to say Congratulations for hitting episode 400!

Starting somewhere around episode 230 I came across Home Gadget Geeks by way of Home Server Show, which I had just found as well. Many podcasts have come and gone on my playlist, but HGG is one that has stood the test of time, and I thank you for the entertainment and information you provide on a weekly basis.

I’m not gonna get all sappy, but just wanted to let you know that us listeners appreciate the work and dedication you give to the show. Many boring daily commutes, lawns mowed, and flights taken have been made much more enjoyable thanks to you all and your guests.

This is Jeff, I emailed you a while ago regarding a mailbox sensor.  You had suggested a product from Stitch (Monoprice). I enclosed a picture and wanted you to know that it works very well.  Thank you very much for your help.

By the way, when is the show on live?  Is it on Saturdays now?

and one more thing, any new smart home devices they are new and you recommend? 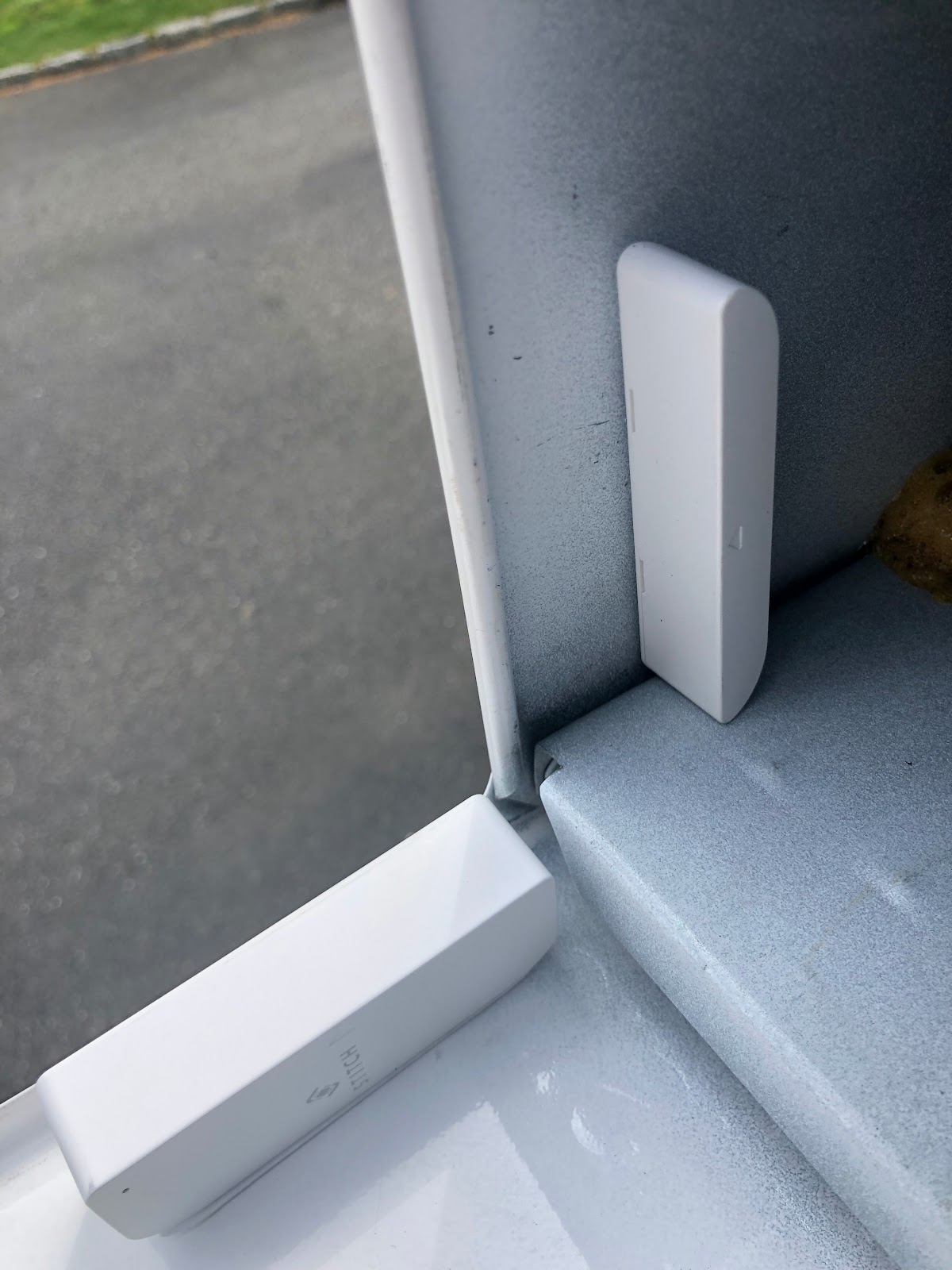 I am back using B-Cycles in Omaha.  $10 a month https://heartland.bcycle.com/ They now have new electric assist bikes available. Nice for the hills of downtown Omaha

On May 26th I turn 51. Man have I enjoyed 50…and maybe gained 50 pounds! Its time to get back after it. Lets connect as a community and do better as a team.  Stridekick

Mike is attempting to get NextCloud Talk setup. Lots of issues with iOS devices.

Big move for the big boys

Get all your TAG SWAG!